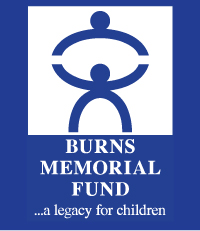 Burns Memorial Fund is the gift of Senator Patrick Burns, a successful rancher, businessman and philanthropist. Senator Burns was an active citizen of Calgary, contributing to the development of many of the city's institutions and charities. He was one of the "Big Four", the four ranchers who organized the Calgary Stampede. Senator Patrick Burns passed away in 1937, leaving this legacy for the children of Calgary. In 2008, Senator Burns was named Alberta?s Greatest Citizen, as part of an initiative marking The Calgary Herald's 125th anniversary.

Honouring the legacy of Senator Patrick Burns, we work to ensure that each child in Calgary reaches their full potential. By investing resources in the areas of education, health and well-being, we build a strong community for our children and youth.

The Burns Memorial Fund trustees form a joint board to govern a private charitable foundation (The Children's Fund) and two non-profit trusts (the Police Fund and the Fire Fund). Burns Memorial Fund provides educational grants for the children of police officers and firefighters, offers financial assistance to meet the health, education and recreation needs of children living in low-income situations and supports registered charities focused on low-income children.